Get notified about flow failures, customize columns for tables, and more!

Sometimes your flow can fail. With the new error handling actions you could send yourself a notification for ever flow failure – but this requires explicitly adding the action to every flow. This week we are rolling out Flow failure emails that will be sent automatically. These emails don't require any special set up – but you can of course choose to unsubscribe (or resubscribe) to the emails. 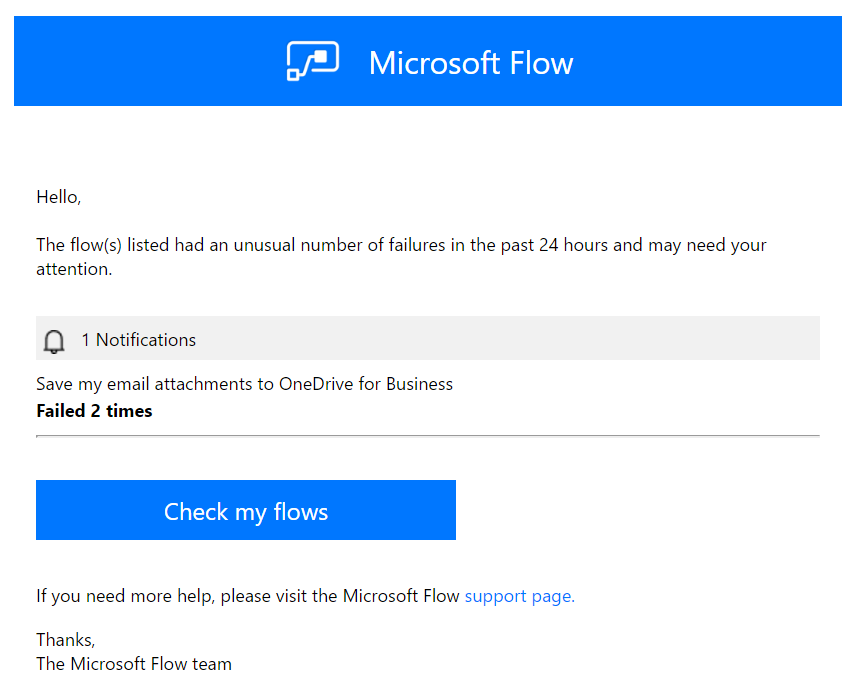 In addition, these failure emails will only be sent once a week — so if you have a flow that fails many times a week we won't send you a bunch of emails. As a result, if there is a particular flow that is very important, and you want to be notified on every single failure, we still would recommend explicitly setting up a notification error-handling step.

Use the new Select action to customize tables

With the new Create HTML table and Create CSV table actions you can take a list of records and send them in a single email or to a single file (as opposed to using an Apply to each and having an action for every list item). However, until now there was no way to customize the set of columns that would appear in that HTML or CSV table. With the new Select action you can do just that!

To use the Select action you will find it under Data operations. Next, choose the list of items that you want to customize for the From field (using the Add dynamic content picker). Then, under Map you will enter the columns that you want. First (key), enter the headers of each of the columns. Second (value), enter the dynamic content that will appear in each row of that column. You can use this to even combine fields from multiple columns. Likewise, any columns that you don't include will not appear in the table, meaning this is a quick and easy way to filter the set of columns that appear.

Microsoft Forms is a new part of Office 365 Education that allows teachers and students to create custom quizzes quickly and easily, surveys, questionnaires, registrations and more. With Microsoft Forms and Flow you can do simple things like get an email notification when a survey is filled out (or via our new Microsoft Teams connector), to more advanced things like sending each form response out for Approval and then adding the approved items to a SharePoint list. 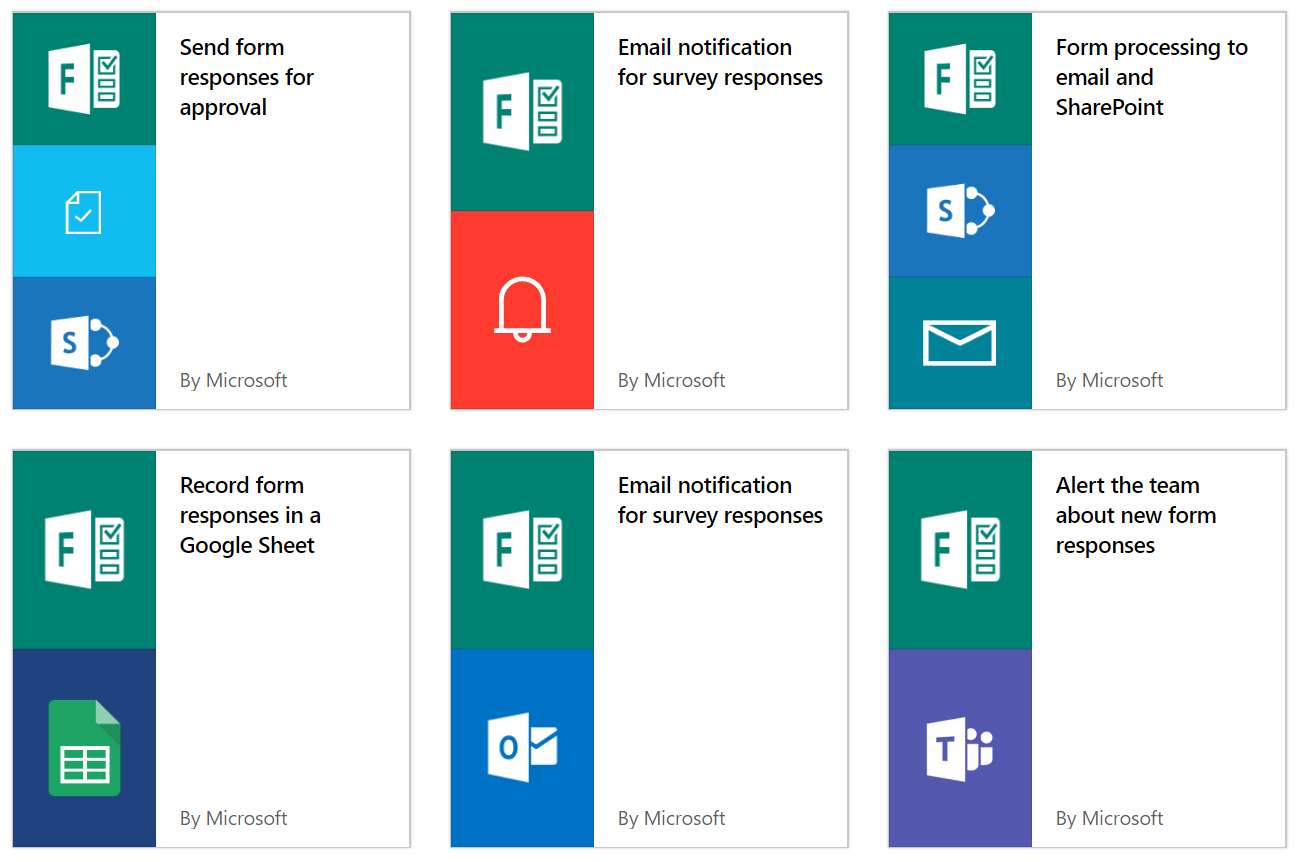 As previously announced, we have added new value to the Office 365 Enterprise K1 plan. This plan is designed to maximize the impact and contribution of frontline workers with tools for schedule and task management, communications and community, training and onboarding, and identity and access management.

Finally, we have also made it easier to fill out the headers section of the HTTP action. Just like the Select action you can provide a header name and header value by just filling out the text boxes on the action.